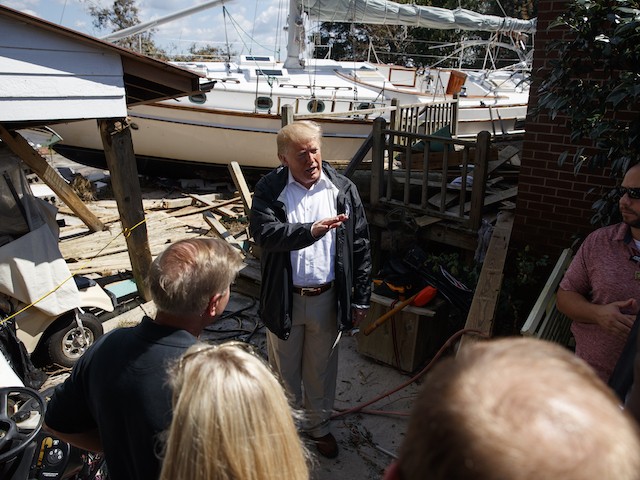 During his tour, he stopped to speak with a man that had a storm-damaged boat on his lawn.

The man replied that he did not know where the boat came from.

Trump turned and replied with a smile, “At least you got a nice boat out of the deal,” he said.

“I think it’s incredible what we’re seeing,” the president added. “This boat. They don’t know what happened. This boat just came here.”

“They don’t know whose boat that is,” he added.

He joked that the boat might now belong to the owner of the house.

“What’s the law?” he asked. “Maybe it becomes theirs.”