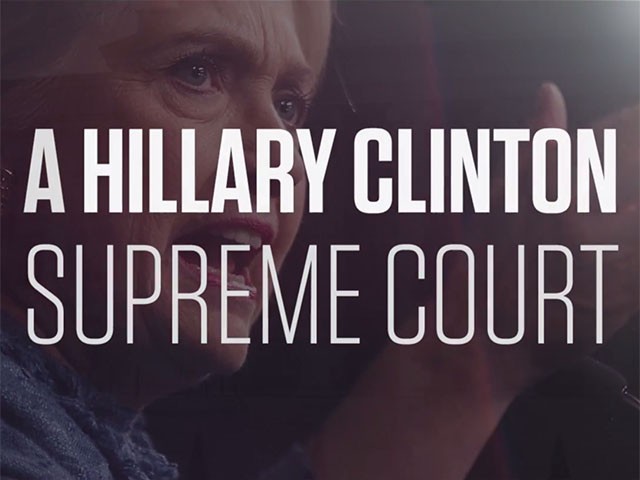 President Donald Trump joked on Monday he would nominate Hillary Clinton to the Supreme Court so she would get investigated.

The crowd at Trump’s rally in Houston, Texas booed.

He commented that Kavanaugh was a great man but suffered a brutal smear campaign from Democrats and the media.

“Can you imagine Hillary up there? That would take 3-4 years of questions,” Trump said with a grin.

Trump asked the crowd if they knew which president nominated the most Supreme Court justices, celebrating his record of nominating two Supreme Court Justices in just two years.

“No,” he joked. “Hillary Clinton did not make it.”

“We are getting close,” he said.

Trump said he needed the support of conservative senators like Ted Cruz in the Senate.

“At stake in this election is whether we continue the extraordinary prosperity we have achieved or whether we let the radical Democrat mob take a giant wrecking ball and destroy our country and our economy,” he said.