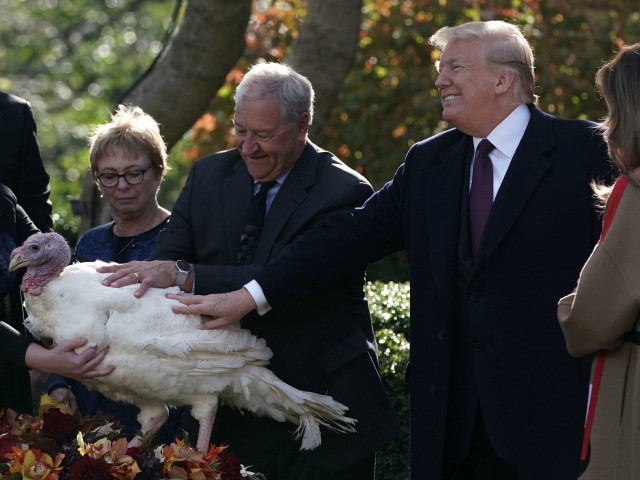 President Donald Trump pardoned a Thanksgiving turkey at the White House on Tuesday and shared some election-themed jokes during the ceremony.

The public voted online to select one of the two turkeys provided for the ceremony, which the White House named “Peas” and “Carrots.”

“That turkey is so lucky,” Trump said, insisting that the elections were “fair.”

He announced the turkey “Peas” as the winner but joked that the turkey “Carrots” contested the election.

“Unfortunately, “Carrots” refused to concede and demanded a recount,” Trump joked but noted that the results of the election did not change.

The president also joked that though the two turkeys were pardoned, the House Democrats were sure to continue pursuing them.

“I have warned them that House Democrats are likely to issue them both subpoenas,” he joked as the audience chuckled. “Unfortunately, I can’t guarantee that they won’t be enjoined by the Ninth Circuit. Always happens.”