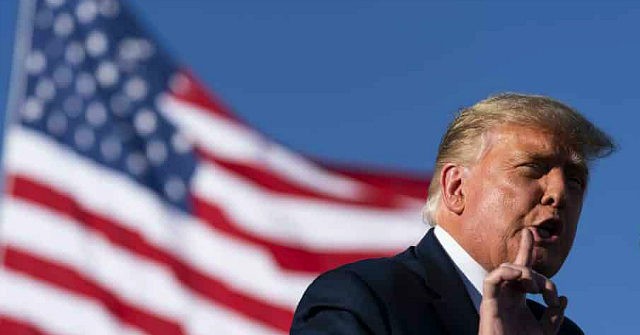 “Joe is far more corrupt than Hunter because Joe knew everything,” Donald Trump said citing information suggesting that the former vice president was getting a cut of the profits. “Joe’s getting a piece of everything.”

The president spoke about Biden and his son’s foreign deals during a campaign rally in Carson City, Nevada, on Sunday and also on Twitter.

Hunter Biden’s laptop is a disaster for the entire Biden family, but especially for his father, Joe. It is now a proven fact, and cannot be denied, that all of that info is the REAL DEAL. That makes it impossible for “50%, or 10%” Joe, to ever assume the office of the President!

One of the emails published by the New York Post showed Hunter Biden outlining a “provisional agreement” with a Chinese energy company. The proposal cites ten percent of the equity held for “the big guy” — identified as Biden, a source told Fox News.

New details of Hunter Biden’s deals have been published by the New York Post after they acquired a trove of emails found on a laptop that likely belonged to Biden.

“They found the laptop, you know. They call that the laptop from hell,” Trump said.

The laptop is said to contain thousands of emails as well as photos of Hunter Biden.

“This guy’s a vacuum cleaner,” Trump said. “He follows his father around and takes millions, hundreds of millions, and billions of dollars out of these countries. … I call him the human vacuum cleaner.”