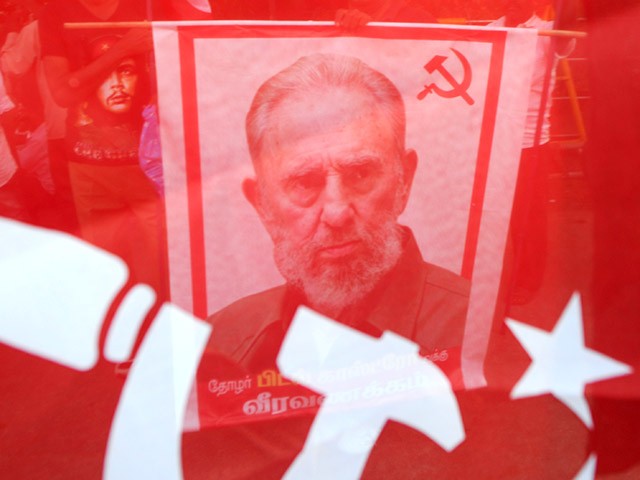 “On the National Day for the Victims of Communism, we honor the memory of the more than 100 million people who have been killed and persecuted by communist totalitarian regimes,” read the statement. “We also reaffirm our steadfast support for those who strive for peace, prosperity, and freedom around the world.”

Since the 1917 Bolshevik Revolution in Russia, we have witnessed the effects of the tyrannical communist ideology—anguish, repression, and death.  Communism subordinates inherent human rights to the purported well-being of all, resulting in the extermination of religious freedom, private property, free speech, and, far too often, life.  These horrors have included Ukrainians deliberately starved in the Holodomor, Russians purged in the Great Terror, Cambodians murdered in the killing fields, and Berliners shot as they tried to escape to freedom.  The victims of these and many other atrocities bear silent testimony to the undeniable fact that communism, and the pursuit of it, will forever be destructive to the human spirit and to the prosperity of mankind.

“Today, we remember all who have been denied the great blessings of life, liberty, and the pursuit of happiness under oppressive communist regimes,” it concludes. “Together, we mourn the unbearable losses so many have endured under communism, and we renew our pledge to continue advancing the cause of freedom and opportunity for all.”

Marion Smith, the Executive Director of the Victims of Communism Foundation, which seeks to educate people about the stark reality of history’s socialist and communist experiments, welcomed the statments.

It is now the second year running that the Trump administration has marked the event. Last year observed the 100-year anniversary of the 1917 Russian Revolution.

Since coming to office in January 2017, the Trump administration has generally taken a hard line against communist regimes, particularly in the Americas, where it has rolled back concessions made to the Castro regime in Cuba under Barack Obama and imposed economic sanctions on Venezuelan dictator Nicolás Maduro.

The U.S. has been forced to take a friendlier approach towards the communist regime North Korea in recent months, as the administration seeks to reach a comprehensive peace agreement with regards to their nuclear weaponry.