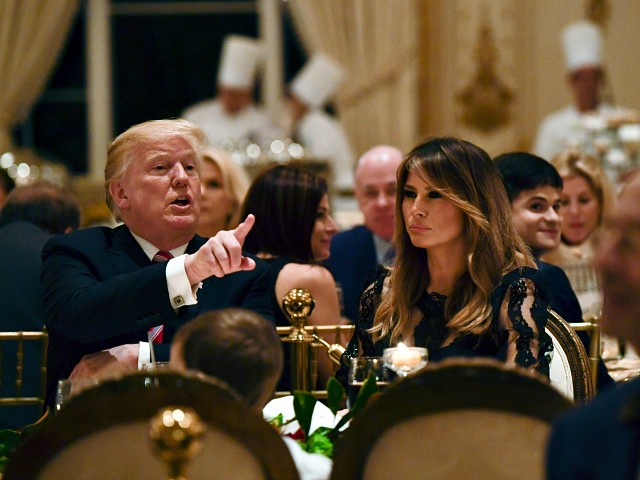 President Donald Trump extended an invitation to the media on Thursday, welcoming them for Thanksgiving dinner at his club at Mar-a-Lago.

The dinner at Mar-a-Lago was off the record, but all of the media outlets paid for the journalists’ dinner, according to a New York Times reporter present for the Thanksgiving evening

Both President Trump and First Lady Melania Trump stopped by and wished the press a happy Thanksgiving.

Later in the evening, reporters were brought into the ballroom where the Trump family was celebrating Thanksgiving.

A carving station with turkey and all the trimmings, beef tenderloin, lamb and salmon.

There was a performance of “Music of the Night” from Phantom of the Opera as the press pool entered, a song that the president chose for the occasion.

(The press confirmed later that romaine lettuce was not used in any of the Thanksgiving dishes.)