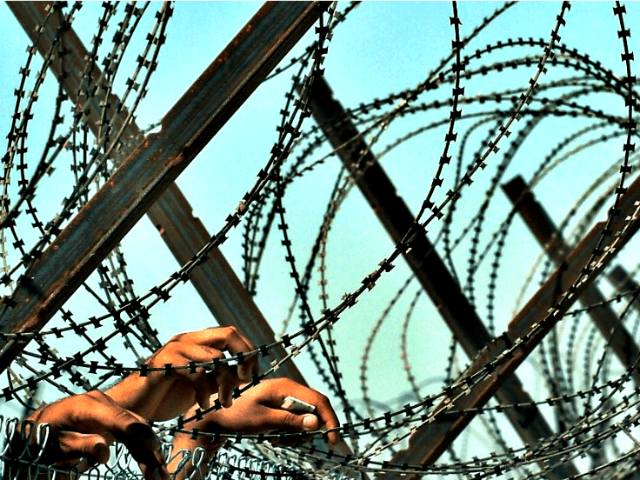 President Donald Trump signaled appreciation for the military efforts to secure the border on Saturday at a campaign rally at Bozeman Yellowstone International Airport in Belgrade, Mont.

“I noticed all that beautiful barbed wire going up today,” Trump said, referring to military soldiers setting up fences on the border. “Barbed wire used properly can be a beautiful sight.”

Soldiers of the United States Army have strung barbed wire along the Rio Grande river in South Texas as part of Operation Faithful Patriot.

“We have our military now at the border,” Trump said as the crowd cheered.

Secretary of Defense Jim Mattis is sending up to 5,200 troops to the border to defend it from the onslaught of migrants trying to cross into the country.

Trump warned supporters that multiple caravans of migrants were being organized in Central America to travel to the United States.

He warned that the group of caravans was “vicious” – young men were throwing rocks at the Mexican police officers as they forced their way.

“Mexico’s trying, but I think maybe they could try a little bit harder,” he said.

Trump dismissed critics who complained that he spent too much time talking about the problems at the border when the economic news was good.