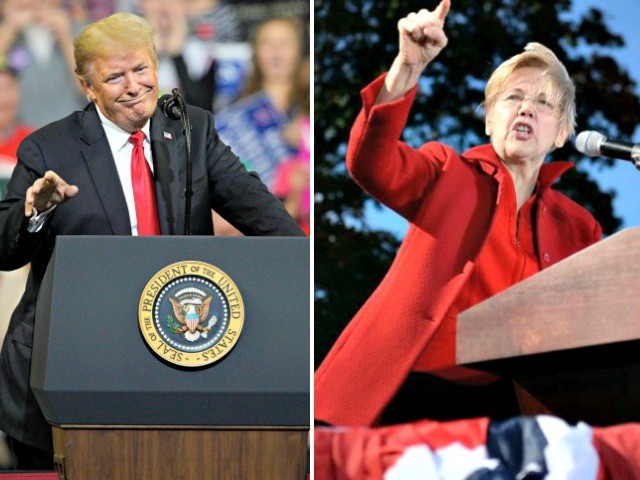 President Donald Trump expressed alarm by the growing extremism in the Democrat party, urging his supporters to vote Republican in the upcoming Congressional midterm elections.

“The Democrats have become too extreme and they’ve become, frankly, too dangerous to govern,” he said to supporters at a rally in Council Bluffs, Iowa. “They’ve gone wacko.”

Trump mocked the party as “The Dims,” noting that it was a frequent term used by Fox Business host Lou Dobbs and other hosts on Fox News.

“They’ve gone so far left that they consider Pocahontas to be a rational person,” Trump said, referring to Elizabeth Warren.

He joked that he hoped that Warren would run for president so that Americans could finally see whether or not her claim of American Indian heritage was real.

The president added that if Democrats won the midterm elections, they would try to reverse his positive economic gains for the United States.