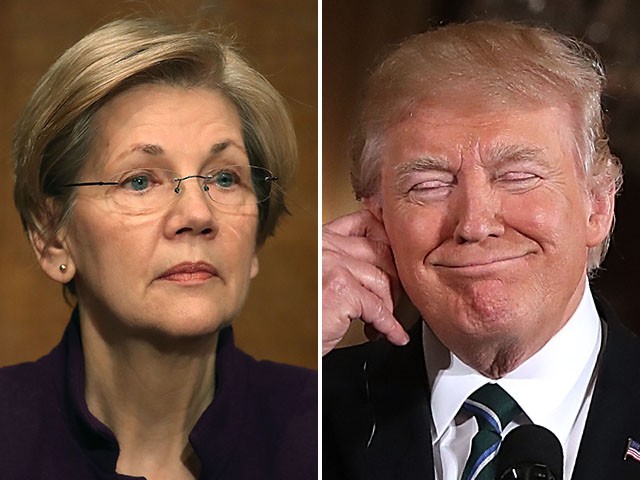 President Donald Trump said he would only pay off on a bet to Sen. Elizabeth Warren if he could test her claim of American Indian heritage “personally.”

“I’ll only do it if I can test her personally, and that will not be something I will enjoy doing either,” Trump said when asked about his offer to pay $1 million to Warren’s favorite charity if she could prove her claim of being an Indian.

Warren released a DNA analysis from a Stanford professor on Monday that said she could have as much as 1/64th and as little as 1/1,024th American Indian heritage.

“I owe her?” he said to a reporter who asked him about the bet. “She owes the country an apology. What’s her percentage? 1/1,000th?”
She responded to Trump’s comment by accusing him of making a “creepy physical threat.”

“We all know why Donald Trump makes creepy physical threats about me, right?” she asked. “He’s scared. He’s trying to do what he always does to women who scare him: call us names, attack us personally, shrink us down to feel better about himself.”