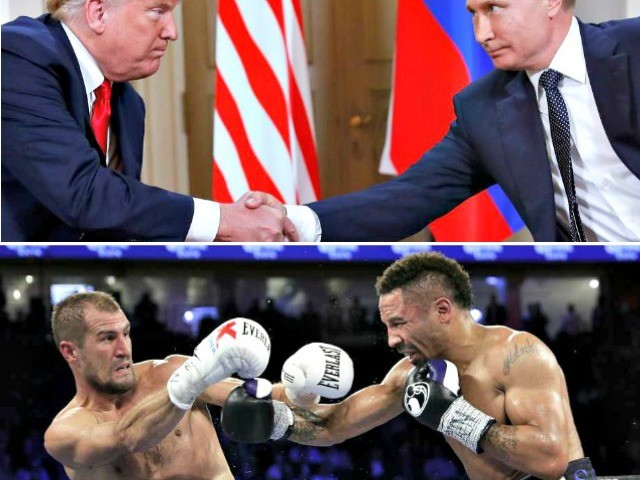 President Donald Trump theorized Thursday that he could compete with Russian President Vladimir Putin in a boxing match.

The president discussed the idea that Democrats and the media demanded that he be more aggressive with Russia and Putin.

“They want me to get into a boxing match with him!” Trump said, appearing exasperated by his critics.

“I think I would do very well,” Trump added prompting cheers from the crowd.

He said that he had a “great meeting” with Putin, adding that if he was tougher, his critics in the media would still complain.

“They would say, ‘He was too tough,’” Trump said, mimicking a news anchor. “These people are loco, I am telling you … fake news.”