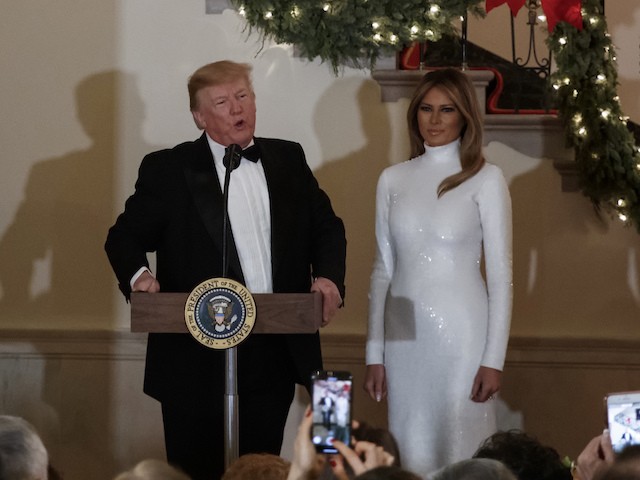 President Donald Trump hosted members of Congress to the White House on Saturday evening, describing the building as a “happy place.”

The president and the first lady delivered a brief speech to welcome members of Congress of both parties to the event.

“This is a house that we love being in, we love living in it,” he said. “It’s an incredible place.”

The president said the first two years of his administration were “very very exciting.”

“No administration has done more in the first two years that the Trump administration,” he said, pointing to many members in the audience.

The president looked forward to the following year, previewing that he could work with Democrats to provide a new health care bill after a federal judge declared the legislation unconstitutional.

“If the Republicans and Democrats can get together, we’re going to end up with incredible health care, which is the way it should have been from day one,” Trump said.

He also suggested that Congress could work together to fund an infrastructure bill.

“That’s something I think everybody wants to see,” he said.