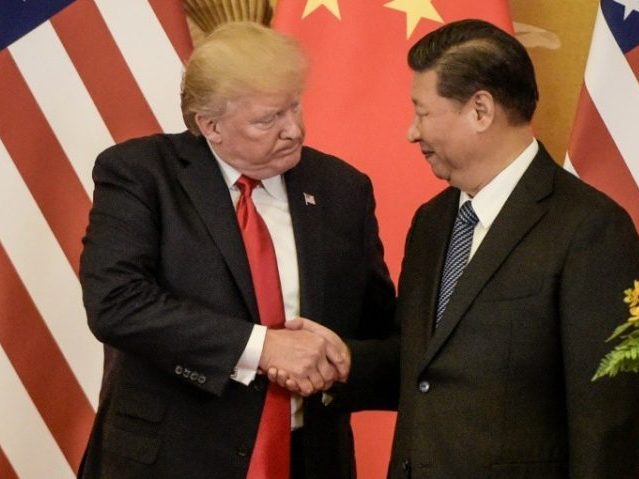 “We’re working very hard. If we can make a deal that’d be good. I think they want to. I think we’d like to,” said President Trump before heading into a meeting with Japanese Prime Minister Shinzo Abe. “There’s some good signs. We’ll see what happens.”

President Trump and his trade team are set to meet with Chinese President Xi Jinping and Chinese officials for a dinner meeting focused on trade during the G20 summit in Argentina.

“I think there’s probably no time in our history when we’re closer, and I’ll be going to a tremendous event in Japan,” said Trump. A 2019 G20 summit is set to take place in Japan.

Japanese Prime Minister Shinzo Abe also spoke at the press availability with Trump ahead of their meeting. He congratulated Trump on his historic midterm election victory and remarked, “The alliance between Japan and the United States has become more robust than ever.”