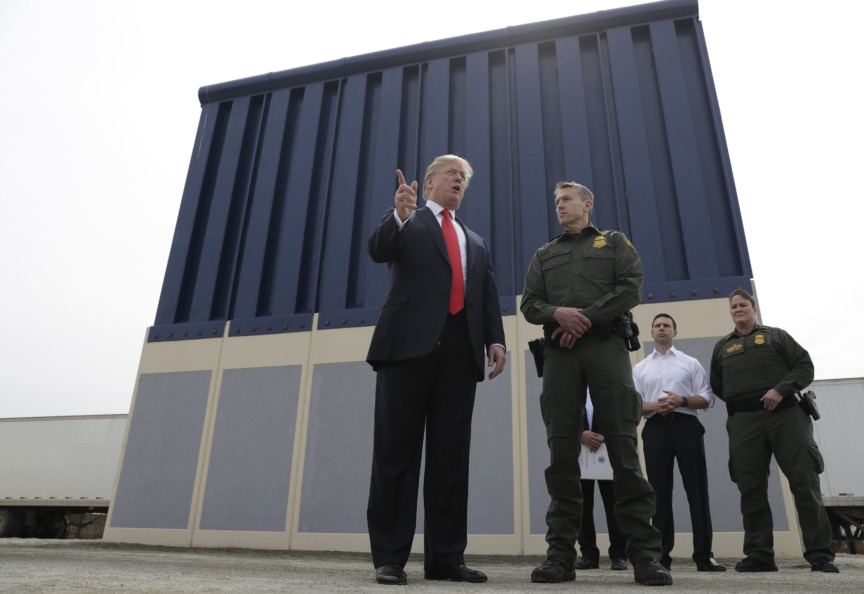 President Donald Trump suggested he may allow a partial budget shutdown in Congress’ lame-duck session if he does not get funding for a border wall.

“So no shutdown scenario for the lame duck?” asked a journalist in the post-election press conference in the White House.

“No, I can’t commit to [preventing a budget shutdown], but it is possible,” Trump responded.

The shutdown might occur if the two parties cannot merge their rival bills for funding the Department of Homeland Security. The Senate appropriations bill includes $1.6 billion for fence construction in 2019. The House bill includes $5 billion for wall construction but packages it with a series of bills to provide business groups with additional cheap visa-workers.

Also, Trump has repeatedly said in recent weeks that he will get $1.6 billion for the border fence in 2019. Those statements suggest he is willing to accept the Senate’s funding, presumably without the House’s package of $5 billion plus the extra visa-workers.

Many Democrats know we need the wall, And we’re just going to have to see what happens. We’ll be fighting for it … I got the military $700 billion and $716 billion [for 2018 and 2019], the wall is a tiny, tiny fraction of the cost of that, but the [Democrats’] whole agenda has been to try not giving me anything for the wall. I really believe, politically, they are hurting themselves. I actually think, politically, that is a good thing for me, but I want to get the wall up because we need [it].

Trump also suggested he would be willing to negotiate a deal over President Barack Obama’s DACA amnesty once the Supreme Court allows him to end the program. In 2018, “we could have done some pretty good work on DACA, but a judge ruled that DACA was OK,” he said, adding:

Had a judge not ruled that way, I think we would have made a deal. Once the judge ruled that way, the Democrats did not want to talk any more. So we’ll see how it works out at the Supreme Court.

The president’s comments came two days after the Department of Justice asked the court to overrule lower-court decisions that would bar the president from ending Obama’s DACA decision to end enforcement of immigration law against foreign migrants who were brought into the United States as children.

Breitbart News asked if Trump would use his executive authority over the agencies to push his immigration agenda in the face of Democratic opposition. Trump replied:

Some of it I can use executive power, not all. [President Obama] used it on DACA, and when he did it he said something to the effect that ‘I’m not allowed to do this, it will never hold up, but I’m doing it anyway.’ And he did it and they found judges that approved it.

They also found judges that didn’t approve it, so it is obviously going to be determined in the Supreme Court. If the court rules in favor of what President Obama thinks they should rule – which is what he said — then I will probably have a deal with the Democrats in a very short period of time. We were very close to having a deal until we got that very strange ruling.

Most media reports suggest a DACA deal would naturalize 700,000 children of illegal migrants. But the no-strings amnesty pushed by Democrats could reach over 3 million migrants and allow several million of additional chain migrants. Trump’s “Four Pillars” reforms would shrink chain-migration and reduce the taxpayers’ huge cost of absorbing the DACA population or mostly unskilled migrants.