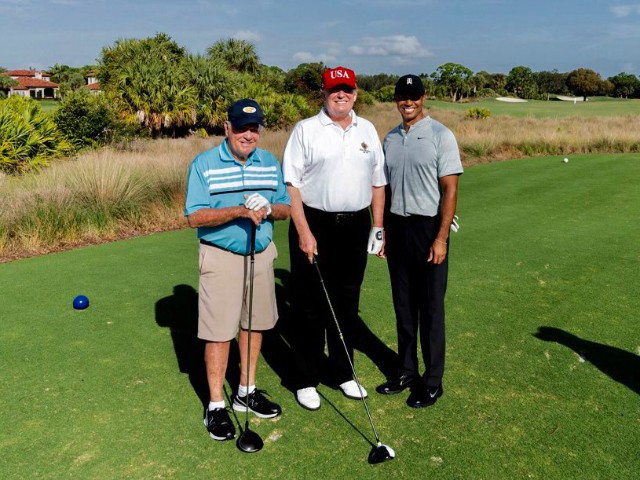 The president arrived at Trump’s golf club in Jupiter, Florida, at 9:13 a.m. The press was not allowed on the course to follow the president.

Later on Saturday, Trump shared a photo on Twitter of the celebrity golfing trio:

Saturday’s trip ends Trump’s 69-day golfing drought, as he has not hit the links since his trip to Palm Beach during Thanksgiving weekend.

He spent his Christmas and New Year’s holiday at the White House as a result of the ongoing partial government shutdown fight.

Other social media accounts shared photos of the trio’s game:

🚨I’m not sure if this has been reported by anyone yet or not. I just received these pics. Tiger is at Trump Jupiter today on the course with Jack Nicklaus and Donald Trump. This is a non political tweet, of course — but I’m reporting the info. pic.twitter.com/Jjpe9e60TW