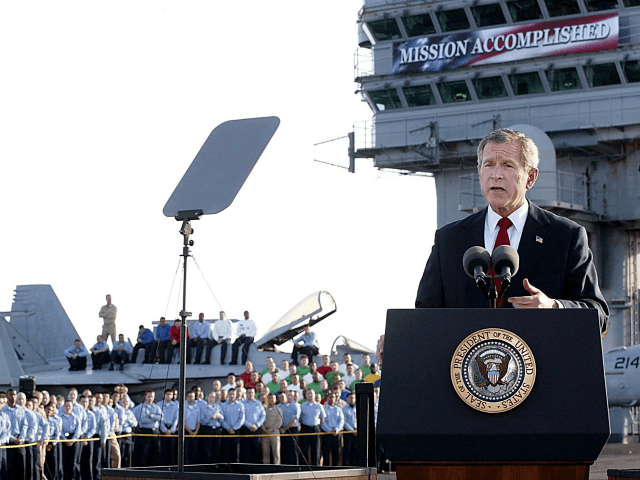 President Donald Trump said former President George W. Bush’s decision to go to war in the Middle East was the biggest mistake in American history, in an interview published on Wednesday.

Trump said that the American Civil War was “different” and that he could understand the motivations for that war.

He signaled disgust with Democrats and the media for pushing bad narratives about his presidency, yearning for some bi-partisanship and unity in the country.

“It’s hard to bring everyone together unless there’s a, maybe very large national problem, which we don’t want,” he said. “Maybe that brings people together, like it did for about a day with the World Trade Center, you know.”

Trump suggested that Bush wasted the national unity by getting involved in the Iraq war, claiming that the wars in the Middle East had cost the United States $7 trillion.

“For us to have gone into the Middle East, and that was just, that was a bad day for this country, I will tell you,” he said.