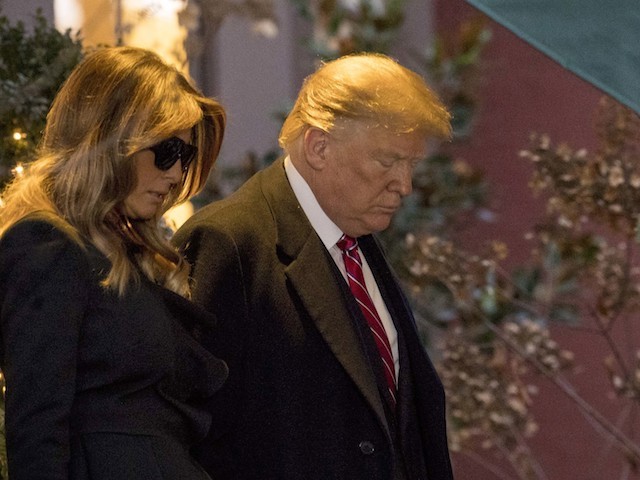 “This is not a funeral, this is a day of celebration for a great man who has led a long and distinguished life,” Trump wrote on Twitter Wednesday. “He will be missed!”

Both President Trump and First Lady Melania Trump will join the Bush family, the Clintons, the Carters, and the Obamas for the funeral which will be held at the National Cathedral in Washington, DC.

The Trumps visited the Bush family Tuesday evening at the Blair House across the street from the White House.

“This is a time to celebrate George H.W. Bush, not to grieve his loss, and that’s what we’re doing as a family right now,” he said during an event in Washington, DC on Tuesday.

Jeb Bush added that Trump “couldn’t have been nicer” to the family after his father’s death, thanking them for the “gracious” hospitality.

Very strong signals being sent by China once they returned home from their long trip, including stops, from Argentina. Not to sound naive or anything, but I believe President Xi meant every word of what he said at our long and hopefully historic meeting. ALL subjects discussed!