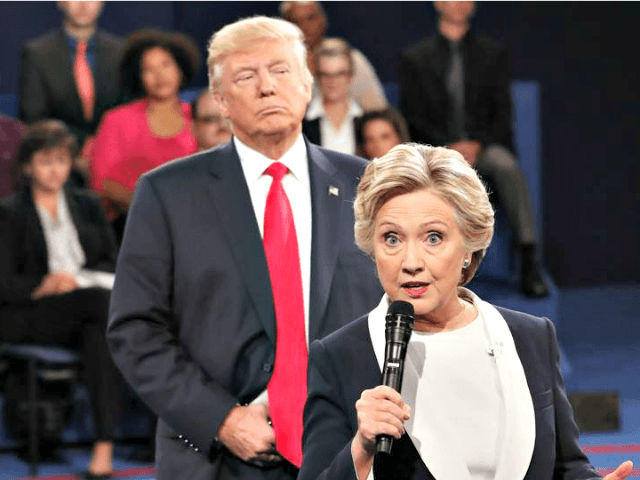 President Donald Trump fired back at Hillary Clinton on Tuesday after the failed presidential candidate complained about his presidency.

Clinton said that Justice Brett Kavanaugh’s swearing-in ceremony at the White House on Monday “further undermined the image and integrity of the court,” comparing it to a “political rally” on CNN.

Reporters questioned the president about Clinton’s comments during a meeting with U.N. Ambassador Nikki Haley in the Oval Office.

Trump apologized to the Kavanaugh family on Monday night for the Democrat-led smear of their reputation and the ugly confirmation process.

Clinton defied the idea that Democrats should be “civil” in their opposition to the president.

“You cannot be civil with a political party that wants to destroy what you stand for, what you care about,” she said during the interview. “That’s why I believe if we are fortunate enough to win back the House and/or the Senate, that’s when civility can start again.”