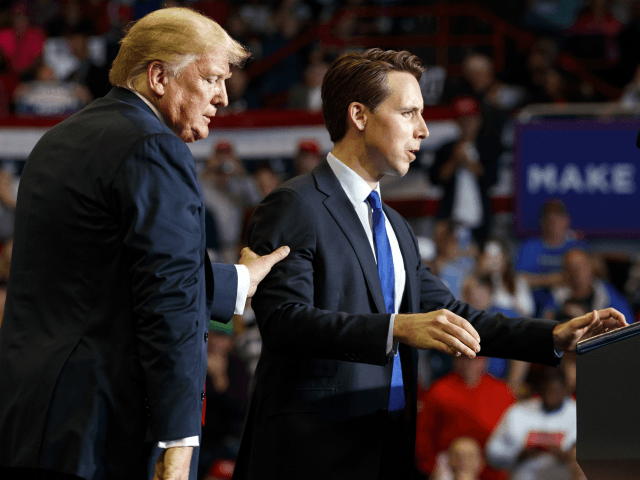 “There is a rumor, put out by the Democrats, that Josh Hawley of Missouri left the Arena last night early,” Trump wrote. “It is Fake News.”

“What could he have been doing that was so important?” he asked.

But Trump said Twitter that it was not true.

“He met me at the plane when I arrived, spoke at the great Rally, & stayed to the very end,” he wrote. “In fact, I said goodbye to him and left before he did. Deception!”

According to CSPAN footage of the rally, Trump is seen shaking hands with Hawley on his way out of the arena.

Via @cspan, it looks like @realDonaldTrump shook hands with @HawleyMO on his way out of the rally at 11:48 p.m. ESThttps://t.co/cZrMCONgBp pic.twitter.com/g5BjQOWwit

The president held his final rally with Hawley on Monday night which lasted until 10:45 CST. Trump did not return to the White House until 2:45 a.m. on Tuesday.