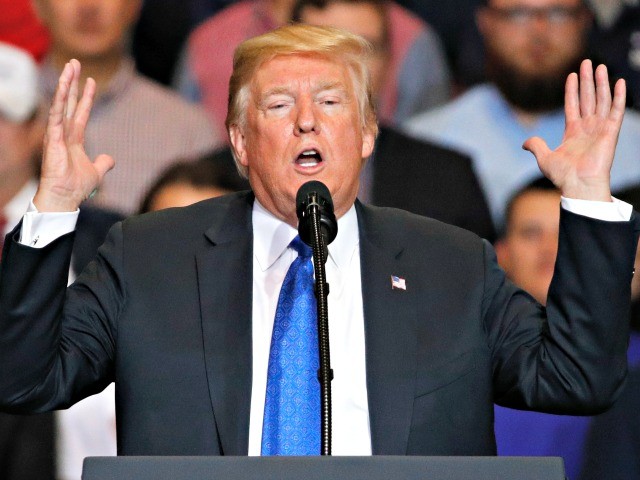 President Donald Trump again ridiculed the establishment media on Thursday for refusing to get over their disappointment over the election results.

At a rally in Las Vegas, Trump recalled the election night coverage on television, noting that many of the news anchors were “crying” about the results.

Trump added, however, that the people in the media were “torn,” because they were making more money than ever by covering his presidency. He joked that perhaps the media would endorse him for re-election so they could enjoy more record profits.

“If they don’t, those broadcasting companies, the New York Times, all of those, they are going bankrupt so fast,” he said.

Trump said that the media was the Democrats’ “best partner” in helping them stay in power.

“The Democrat party, their best ally is those people right there,” Trump said as the crowd shouted, “CNN Sucks.”

“I can’t tell you how dishonest and corrupt so much of the media is. I can’t even explain it, impossible to explain. Nobody would believe it,” he said.

Trump clarified, however, that some of the media were “fine people” and “professional reporters” but that the majority of them were fake.