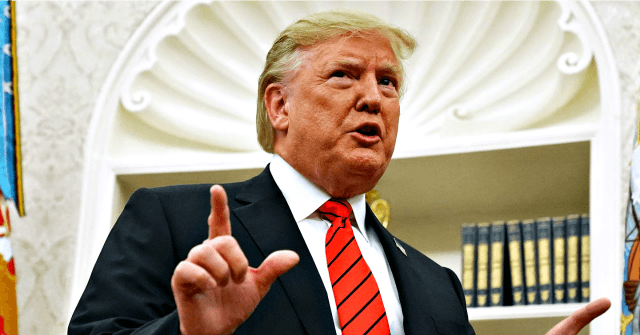 President Donald Trump Friday explained circumstances in which police officers may need to use chokeholds but suggested, in general, the practice “should be ended.”

The president spoke about the use of chokeholds by police in an interview aired Friday afternoon with Fox News host Harris Faulkner.

“It’s a very, very, very tricky situation,” Trump said. “So the chokehold thing is good to talk about, because, off the cuff, it would sound like — absolutely. But if you’re thinking about it, then you realize maybe there is a bad fight, and the officer gets somebody in a position that’s a very tough position.”

Democrats are proposing legislative efforts to ban police from using chokeholds after George Floyd died after a police officer pressed his knee on his neck for several minutes while in custody. Other police officers were present during the incident, which prompted widespread protests in America’s major cities.

“I don’t like chokeholds,” Trump said but added that sometimes they were necessary when fighting a “real bad person” alone.

Trump indicated that the police officer who put his knee on Floyd’s neck did so unnecessarily, questioning the need to use that level of force in cases where there were multiple officers present.

“I think the concept of chokehold sounds so innocent, so perfect,” he said. “And then you realize if it’s a one-on-one. Now if it’s two-on-one, that’s a little bit of a different story, depending on the toughness and strength.”

“Well, if it’s a one-on-one fight for the life. That’s what you’re saying,” Faulkner noted.