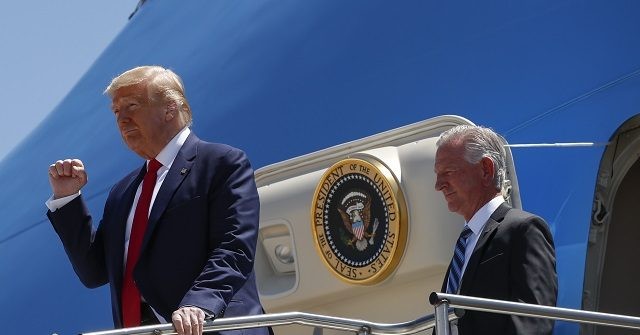 MOBILE, Alabama — Buzz is swirling that President Donald Trump will return to the same venue where he made his first splash in the political world nearly five years ago with a political rally, but this time supporting the political opponent of his first major ally, former U.S. Attorney General Jeff Sessions.

The winner of that contest will face incumbent U.S. Sen. Doug Jones (D-AL), who won the seat in a stunning 2017 special election. Before Trump’s victory in the 2016 presidential election, Sessions occupied that seat for two decades.

It is believed Trump’s appearance in Alabama will take place on July 11, just days before Alabamians go to the polls in that runoff event.

President Trump is expected to travel to Mobile, Alabama next month for a rally on behalf of Tommy Tuberville, I’m told. That’s the hometown of his former attorney general, Jeff Sessions. Rally is expected to be in same stadium where Sessions joined Trump on stage in 2015.

If the event takes place, it will be Trump’s third trip to Mobile’s Ladd-Peebles since 2015. In addition to Trump’s early campaign visit, he held a rally in the same venue following his 2016 election win. The location is also significant because it was the first time Sessions and Trump appeared in a campaign setting together in public. After endorsing him on the eve of the Alabama Republican primary in 2016, Sessions would go on to campaign for the president up until Election Day 2016.

The Tuberville-Sessions contest was initially set to take place on March 31 but was postponed by Alabama Gov. Kay Ivey due to the threat of the coronavirus pandemic. It is a continuation of the GOP nomination contest that began with the March 3 primary. Tuberville finished ahead of Sessions by a 33.4%-to-31.6% margin back on March 3.

Immediately following that outcome, Trump took to Twitter to back Tuberville.

Since that March endorsement, Sessions and Trump had a dust-up over the Memorial Day holiday weekend.

Trump’s decision to appear in Mobile on Tuberville’s behalf could be a strategic one. In the March 3 primary contest, Mobile and the surrounding area was dominated by Rep. Bradley Byrne (R-AL), who finished third with 24.9% of the vote. With those votes up for grabs, both Tuberville and Sessions have invested time in Alabama’s two southernmost counties.

Polling has consistently shown Tuberville with an advantage over Sessions, but the margin has varied wildly. A Cygnal poll showed Tuberville with a 23-point lead in early May. Internal polling from the Sessions campaign shows the margin at a more manageable six points.

Last week, Tuberville accompanied Trump on a presidential visit to Dallas for a speech on the economy.