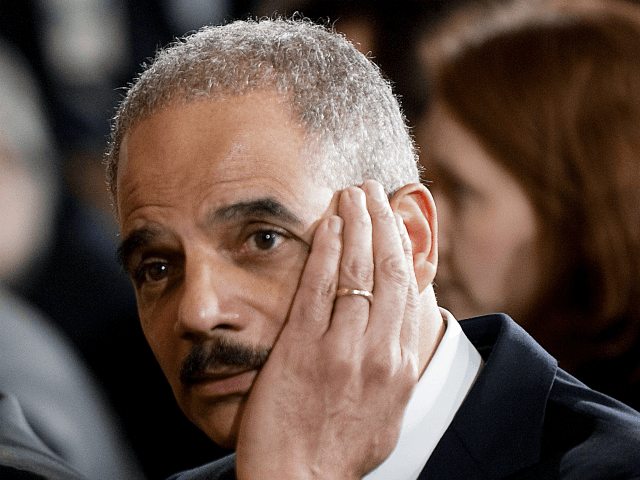 Donald Trump sent a message to Eric Holder on Thursday, after the former attorney general told supporters to “kick” Republicans.

“He better be careful what he is wishing for, that I can tell you,” Trump said in an interview on Fox and Friends, “That’s a disgusting statement for him to make, for him to make a statement like that is a very dangerous statement.”
Holder was captured on video challenging former First Lady Michelle Obama’s statement that “when they go low, we go high.”

“No. No,” Holder said. “When they go low, we kick ’em. That’s what this new Democratic party is all about,” he said.

Trump cautioned Democrats to “be careful” with their rhetoric, noting that his rallies with supporters were “calm and well run.”

“We don’t have problems with our rallies,” he said.

Trump reminded the audience that Holder was found in contempt of Congress and that he “went after Christians” as well as the Tea Party.

“Holder’s got some problems, and I don’t see him running and if he did run, I think he gets gobbled up before he even gets to the election, I think the primaries would gobble him up,” he said.