De La Cruz is standing in Texas’ 15th Congressional District and is poised to not only be the Republican nominee but also flip the seat from Democrat control after the incumbent moved congressional districts.

“Monica De La Cruz will be an incredible Congresswoman for the people of Texas’ 15th Congressional District,” Trump said in a statement from his Save America PAC.

“A successful small businesswoman, Monica will fight hard to Grow our Economy, Secure our Border, Uphold the Rule of Law, Support our Military and Vets, and Defend the Second Amendment,” the former president added. “With Monica, we will flip this seat and elect a Member of Congress who puts America First. Monica has my Complete and Total Endorsement!” 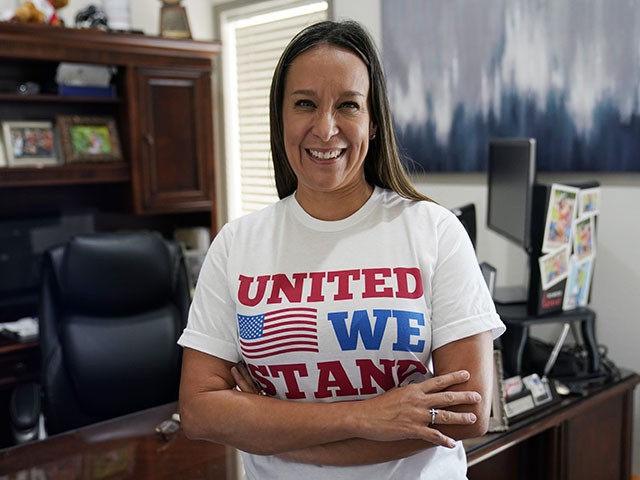 The seat’s current representative, embattled Rep. Vicente Gonzalez (D-TX), announced last year he would be opting to run in a different congressional district that would be safer for a Democrat since Republicans highly sought the Fifteenth Congressional District. While Gonzalez still has to run in a new primary, in the 34th Congressional District, the district was recently changed from a “Safe Democratic” district to a “Likely Democratic” district by UVA’s Center for Politics.

After Gonzalez officially announced he was changing congressional district, De La Cruz-Hernandez said during an appearance on Breitbart News Saturday his departure is “a huge development for our district, for the state, and for the nation. Because finally, South Texas, the Hispanics down here, are going to get the representation that they deserve.”

“There is an awakening happening in South Texas among the Hispanic culture,” De La Cruz-Hernandez explained at the time about being a Hispanic Republican in the area. “I think what President Trump did is he shook up the establishment. He shook up the people to say, ‘pay attention to what is happening.’… that’s what Hispanics are doing.”