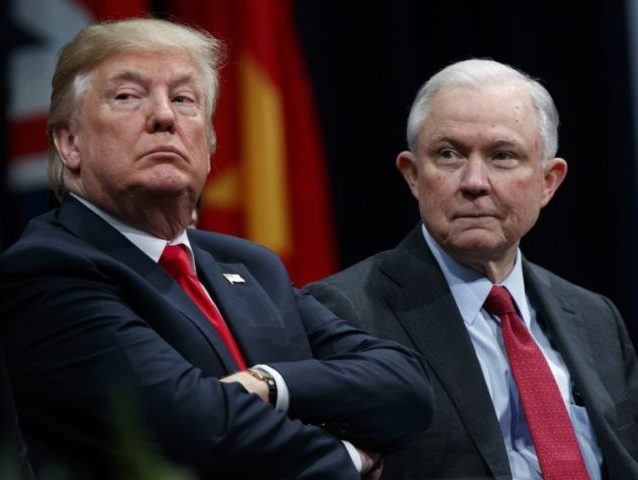 President Donald Trump endorsed prison reform on Thursday, warning Attorney General Jeff Sessions to get on board with the idea.

Trump said he is interested in reducing sentences for people like Alice Marie Johnson, a nonviolent drug offender whose life sentence the president commuted in June.

“There has to be a reform because it’s very unfair right now,” Trump said. “It’s very unfair to African Americans. It’s unfair to everybody. And it’s also very costly,” the president commented on Thursday morning in a phone interview with Fox & Friends.

Trump plans to meet with hip-hop superstar Kanye West at the White House on Thursday to discuss prison reform and other issues important to the black community.

Trump questioned some of the life sentences for nonviolent drug offenders but said he would continue to be tough on crime in other ways. He noted that West’s wife, Kim Kardashian, was also pushing for prison reform.

“If he doesn’t, then he gets overruled by me,” Trump replied. “Because I make the decisions; he doesn’t.”