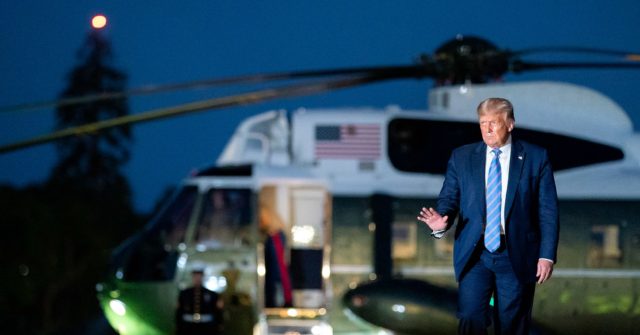 “Death penalty! He killed and badly wounded many,” Trump wrote on Twitter. “Justice!”

Death penalty! He killed and badly wounded many. Justice! https://t.co/WM9Vw26a21

The U.S. Court of Appeals for the First Circuit ordered a new penalty phase to Tsarnaev’s trial, arguing the first group of jurors were biased by the high publicity of the event.

Tsarnaev was sentenced in May 2015 to six death sentences after he and his older brother Tamerlan killed three and injured more than 260 people with a bomb at the Boston Marathon and later murdered an M.I.T. police officer as they fled law enforcement.

The president also denounced the court decision during a campaign speech at the Tampa International Airport tarmac on Friday.

“I see in Boston, where you have the animal that killed so many people during the Boston Marathon, they just sent his conviction for the death penalty back to the lower courts,” he said. “So they’ll argue about that for a long time. It’s ridiculous. Think of that. It’s ridiculous.”