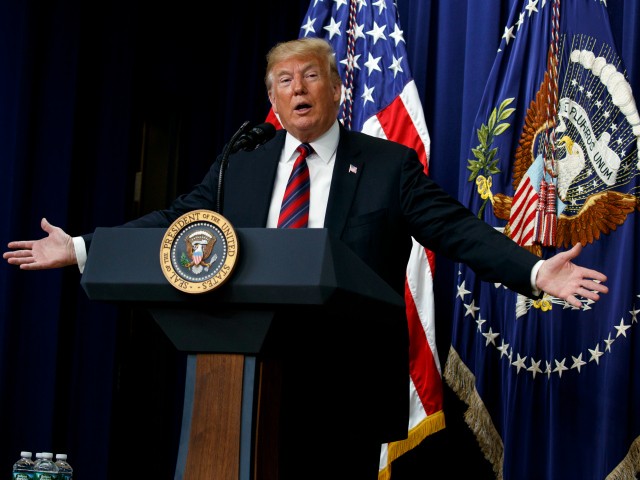 President Donald Trump defied the establishment media’s negative coverage of his acceptance of the term “nationalist” to describe his political beliefs.

The president made his remarks on Tuesday at the White House State Leadership Day for leaders of California, Alaska, and Hawaii after highlighting his new and renegotiated trade deals.

“Call me a nationalist if you’d like,” he said. “But I don’t want companies leaving. I don’t want them firing all their people, going to another country, making a product, sending it into our country, tax-free, no charge, no tariff.”

Trump commented on the issue after he declared himself a “nationalist” when it comes to fighting for the United States of America first, rather than focusing its resources on the rest of the world.

“It sort of became old-fashioned. It’s called a nationalist,” he said during a political rally in Texas. “And I say, really, we’re not supposed to use that word. You know what I am? I’m a nationalist.”