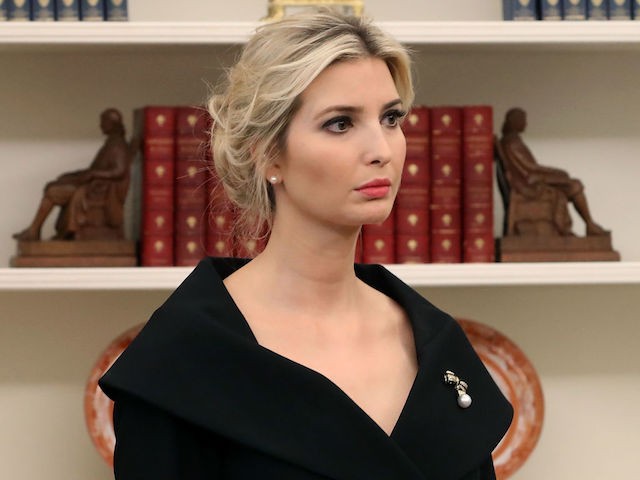 “Ivanka would be dynamite,” Trump said but added that he would be “accused of nepotism” if he appointed her to replace Nikki Haley as the U.N. Ambassador. Ivanka Trump and her husband Jared Kushner are both senior advisers in the White House.

“I’m not sure there’s anyone more competent in the world,” he added.

Trump appeared fascinated by the idea of his daughter serving in the position.

“How you feel about Ivanka?” he asked reporters. “I think CNN would support her.”

Trump said that former Deputy National Security advisor Dina Powell was “certainly a person I would consider” for the job but added that a lot of other people were interested in the position.

Haley announced her decision to resign on Tuesday but will serve until the end of the year. She praised both Kushner and Ivanka Trump in glowing terms for their assistance in diplomacy and world affairs.

“Jared is such a hidden genius that no one understands,” she said. “Ivanka has been just a great friend and they do a lot of things behind the scenes that I wish more people knew about.”