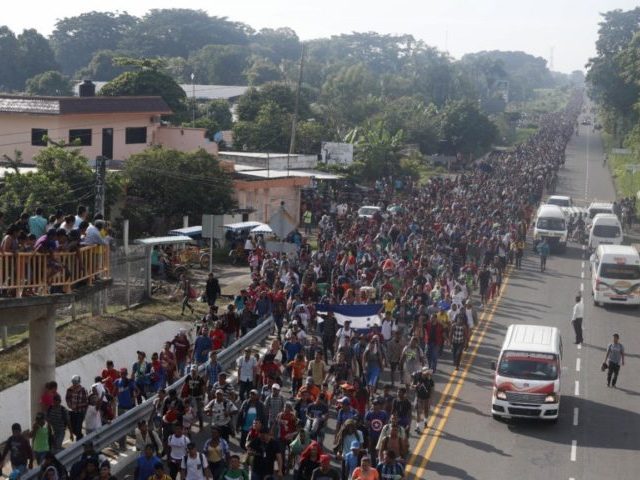 President Donald Trump challenged the media on Monday to bring their cameras to the caravan of over 7,000 migrants, currently pressing through Mexico towards the United States.

“Go into the middle of the caravan, take your cameras and search,” Trump told reporters at the White House.

He claimed that they would find MS-13 gang members as well as Middle Eastern citizens trying to enter the United States.

“Guess what? We are not allowing them in our country,” he said. “We want safety.”

Trump said he was frustrated by Honduras, Guatemala, and El Salvador for failing to stop the caravan from continuing their journey north.