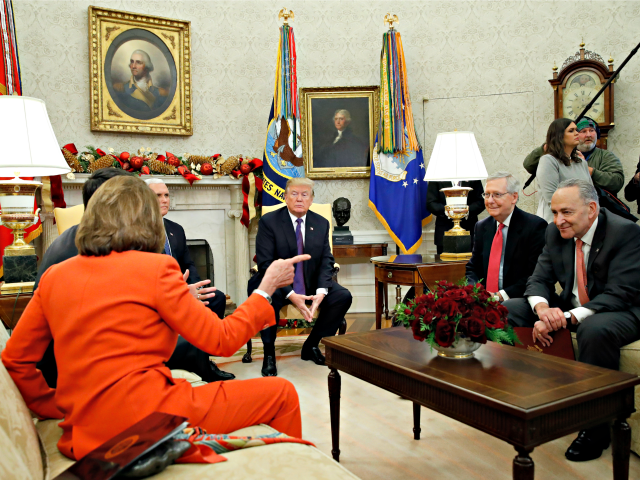 Donald Trump celebrated the good news for Republicans in the midterm elections, but called prominent Democrats on Tuesday night.

“Tremendous success tonight,” Trump wrote shortly on Twitter. “Thank you to all!”

Republicans kept the Senate majority, despite early predictions of a “blue wave” for Democrats.

The president had good news, as many of the candidates he campaigned for won close races.

Both Republicans in Florida, Ron DeSantis for Governor and Rick Scott for Senator, were projected to win their races, despite razor slim leads in the state.

Sen. Ted Cruz succeeded in warding off a challenge from Democrat Robert O’Rourke in Texas.

Some of the western races remain too close to call, including the race with Martha McSally fighting to keep retiring Sen. Jeff Flake’s seat Republican, Democrat Sen. John Tester leading in Montana, and incumbent Sen. Dean Heller in Nevada.

But Trump did experience some losses for candidates who he campaigned for.

Senator Joe Manchin won in West Virginia, despite Trump’s attempt to leverage his popularity in the state to help Republican Patrick Morrisey.