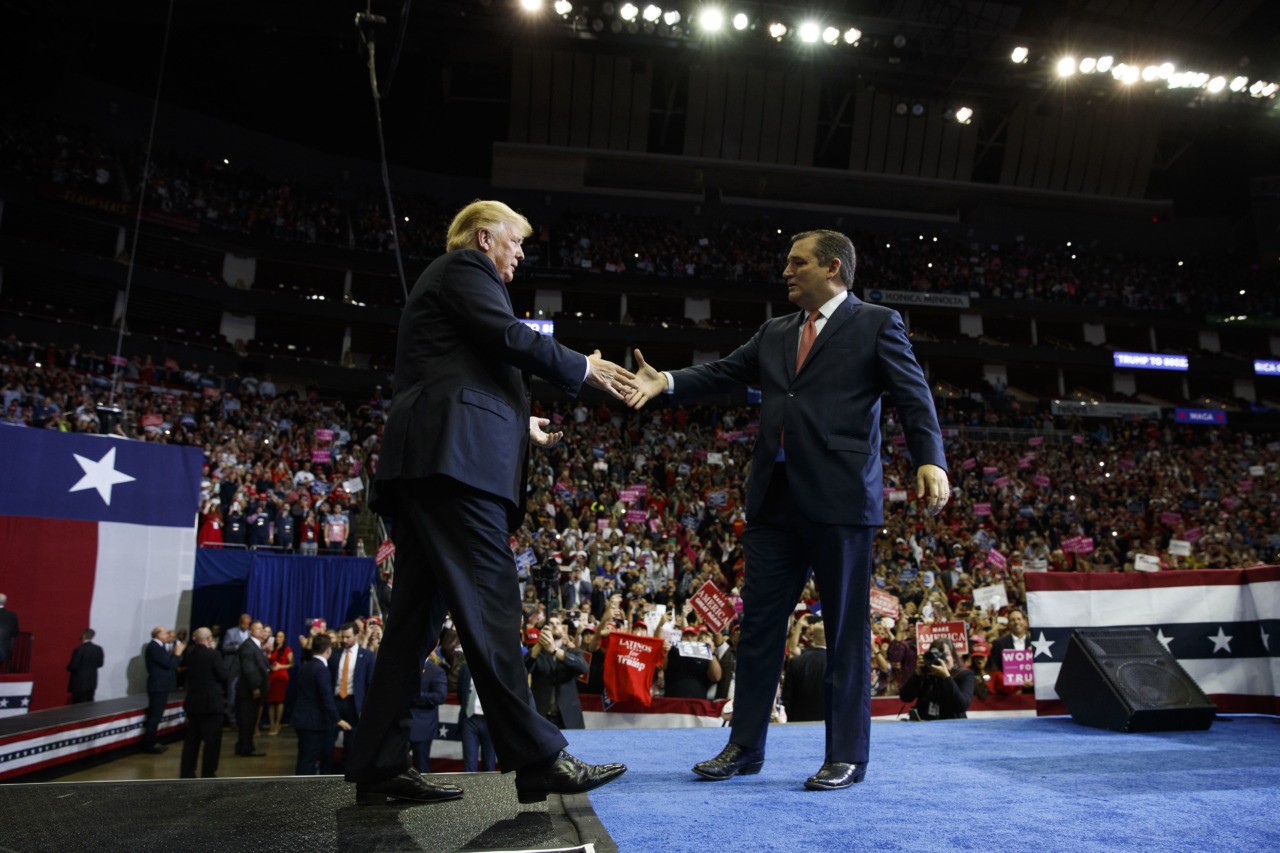 President Donald Trump rallied with Ted Cruz on Monday, embracing his former rival for the presidency on stage in front of thousands of supporters to get the Texas senator re-elected in 2018.

Cruz began the rally with a speech introducing Trump, vowing to continue supporting the president’s agenda, and painting his Democrat opponent Beto O’Rourke as a radical liberal.

After Cruz introduced Trump, the president joined him on stage, shook his hand, and patted him on the back.

“It’s true what they say, everything in Texas is bigger,” Trump said to the packed 18,000 seat Toyota Center in Houston. Thousands of other supporters watched the rally outside the building.

Trump noted that he had his “differences” with Cruz during the campaign, but reminded his supporters that it was a “love-fest” at the beginning of Republican 2016 presidential primary. He even recalled a rally in Washington, D.C., where they both rallied against the Iran deal in 2015.

He admitted that their good relationship could not last, as long as they were political rivals for the presidency.

“It got nasty!” Trump said. “And then it ended, and I tell you what, nobody has helped me more.”

The president praised Cruz for helping him create more jobs and cutting taxes and defending families and faith and freedom for his constituents in Texas.

Trump thanked Cruz for “staring down an angry leftwing mob” during the confirmation battle for Supreme Court Justice Brett Kavanaugh.

“He was great,” Trump said. “Thanks to Ted and our other great Republicans … we now have a brand new member of the United States Supreme Court — Justice Brett Kavanaugh.”

Trump’s rally took a broader Texas theme, as he celebrated national heroes like Davy Crocket and David who fought at the Alamo and the famous “Come and Take It” slogan from the Battle of Gonzales.

He urged all Texans to vote in the upcoming elections so that his historic political movement could keep winning.

“These courageous Texas patriots did not shed their blood, sweat, and tears so that we could sit at home while others try to erase their legacy, tear down our history, and destroy our proud American heritage,” Trump said.