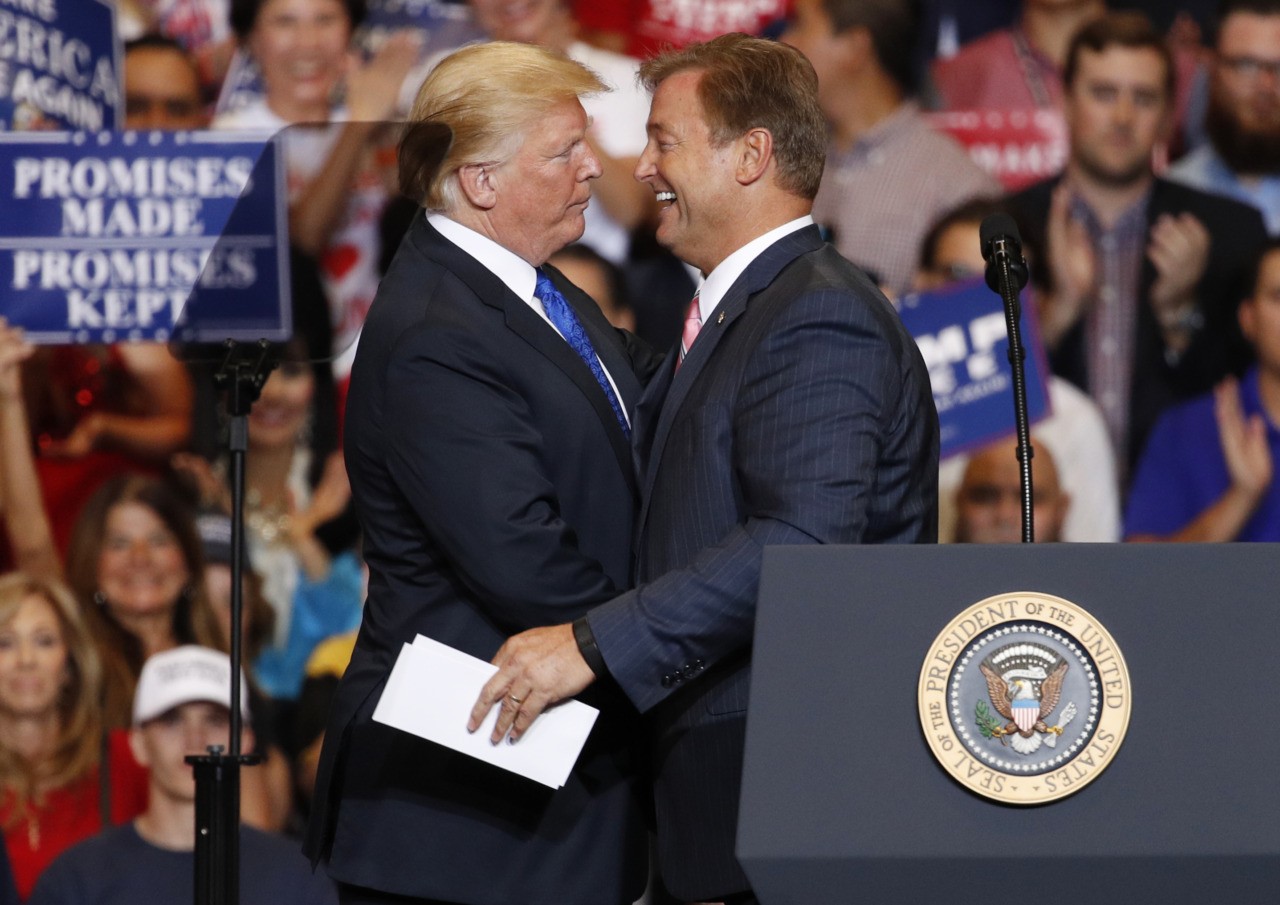 He acknowledged that Heller was staunchly anti-Trump during the 2016 presidential election, but said they learned to work together.

The president said that Heller was loyal and supported his agenda after he won the election, but that his Democratic challeng, Rep. Jacky Rosen, supported liberals like Nancy Pelosi and Chuck Schumer.

Trump highlighted some of the more controversial Rosen votes – including a vote against the tax cuts, for Obamacare, against Kate’s Law, and in support of sanctuary cities – and claimed she voted against veterans.

“How do you do that?” Trump marveled. “If you think about it, she voted for criminal aliens and against veterans … that’s where she is. You don’t want her.”