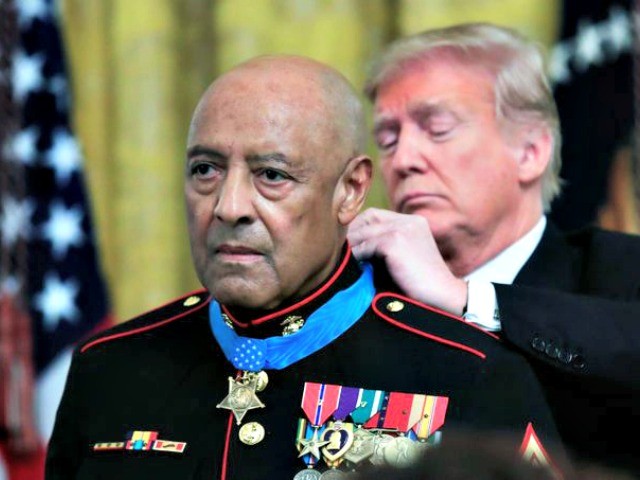 The Marines in the audience shouted with pride and applauded each of their comrades during Trump’s speech highlighting Canley’s heroic actions during the Tet offensive and the battle of Hue City.

The president praised Canley for bravely leading the Marines under his command in multiple combat missions.

Several soldiers who served under Canley’s command were present for the ceremony, witnesses to the heroism of his actions.

“Despite sustaining serious injuries – very, very serious injuries – he continued to face down the enemy with no thought for his own safety,” Trump said, recalling that Canley fought the communists for seven straight days and saved the lives of over 20 Marines.

The 80-year-old retired Marine continues to advise young Marines on a military base near his home.

“He is truly larger than life,” Trump said, praising his “extraordinary personality.”

“America is the greatest force for peace, justice, and freedom the world has ever known because of you and people like you. There are very few like you,” he said.