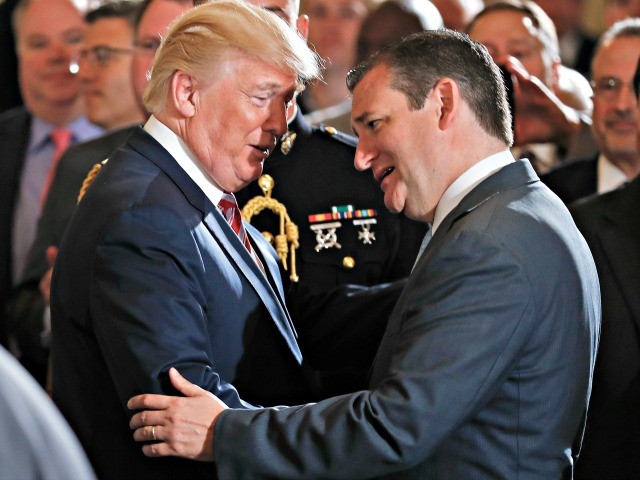 President Donald Trump will rally supporters in Houston, Texas, next Monday, according to a statement from his campaign.

The event is scheduled to be held at NRG Arena, a location that can seat 8,000 people.

“The President looks forward to celebrating the booming Trump economy that’s delivering new jobs and bigger paychecks to the hardworking men and women across the Lone Star State,” the Chief Operating Officer for the Trump campaign said in a statement to reporters.

Trump promised to campaign in Texas to help Sen. Ted Cruz’s re-election campaign after the well-funded Beto O’Rourke sparked hopes from Democrats looking to flip the Senate to a Democratic majority.

The president first announced his decision to do a “major rally” for Cruz in August.

“I will be doing a major rally for Senator Ted Cruz in October,” he said. “I’m picking the biggest stadium in Texas we can find. As you know, Ted has my complete and total endorsement.”

Trump signaled confidence in Cruz during a campaign rally in Tennessee earlier in October.

“We love Texas. And Ted Cruz is starting to do really well in Texas now. And he is a friend of mine,” he said. “He’s doing really well. He’s going to win by a lot.”

I will be doing a major rally for Senator Ted Cruz in October. I’m picking the biggest stadium in Texas we can find. As you know, Ted has my complete and total Endorsement. His opponent is a disaster for Texas – weak on Second Amendment, Crime, Borders, Military, and Vets!