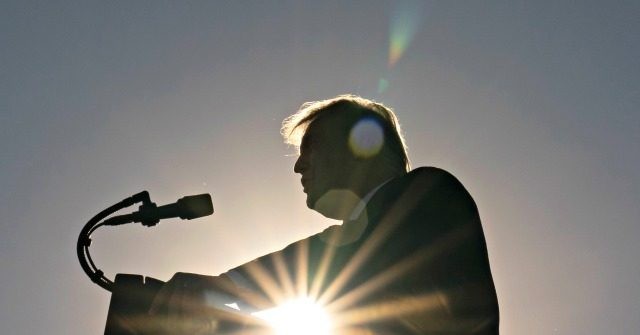 President Donald Trump defended his handling of the coronavirus pandemic on Sunday at a campaign rally in Carson City, Nevada.

He mocked former Vice President Joe Biden for repeatedly saying that he would follow the advice of scientists regarding public lockdowns and economic shutdowns.

“If I listened totally to the scientists, we would right now have a country that would be in a massive depression,” Trump said.

He noted that the punishing lockdowns fueled the misuse of alcohol and drugs and caused a rise in depression and suicide.

“The cure cannot be worse than the problem itself,” Trump said.

He said that the economic and job numbers were going up “like a rocket ship” after the lockdowns ended.

“I say, you get out there and things are opening up, tell your governor to open up, tell everybody to open up,” Trump said.

He criticized Democrat governors for keeping their states closed, citing New York, Michigan, North Carolina, and Pennsylvania. He accused them of doing it for political reasons to hurt his reelection,