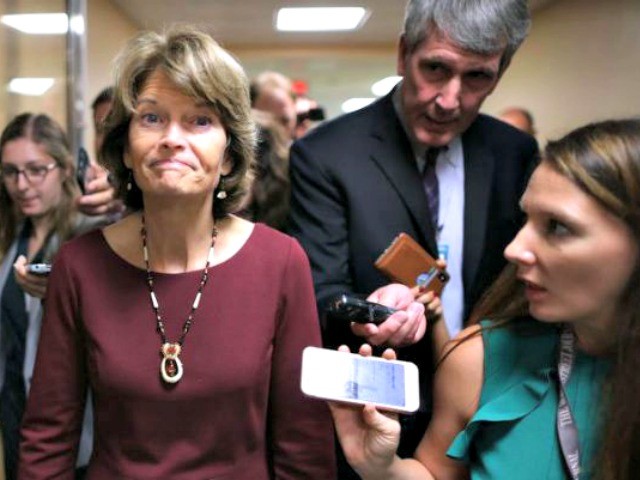 President Donald Trump warned Sen. Lisa Murkowski that she might face political retribution for her decision to oppose his nominee to the Supreme Court, Judge Brett Kavanaugh.

“I think she will never recover from this,” Trump said. “I think the people from Alaska will never forgive her for what she did.”

The president commented about the process in an interview with the Washington Post that was published on Saturday.

Murkowski voted against cloture for Kavanaugh’s confirmation on Friday. (On Saturday, Murkowski voted “no” on confirmation and later withdrew her vote to be marked “present” so that her Republican colleague in the Senate could attend his daughter’s wedding.)

The Senate confirmed Kavanaugh on Saturday afternoon with a final vote of 50-48.

Trump noted that he won Alaska easily over his failed challenger, Democrat presidential nominee Hillary Clinton, which might make it hard for Murkowski to remain in the Senate. He also reminded readers that he helped Alaska immensely by opening up drilling in the Arctic National Wildlife Refuge.

The president had nothing but praise for Sen. Susan Collins of Maine, who faced heavy pressure to vote against Kavanaugh but delivered a widely-praised speech in the Senate to explain why she would vote to confirm Kavanaugh.

“I think what Susan Collins did for herself was incredibly positive,” Trump said in the interview. “It showed her to be an honorable, incredible woman. I think she’s got a level of respect that’s unbelievable. I really mean it.”