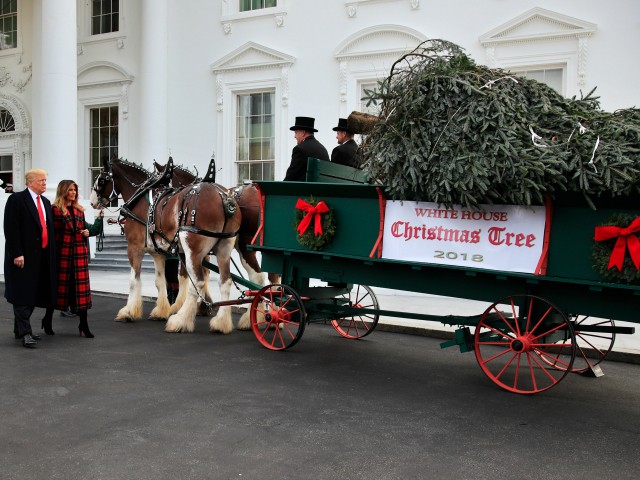 A horse-drawn carriage carried the Mountain Top Fraser fir tree to the White House North Portico, where the president and first lady emerged from the White House to receive it. The Smith family presented the tree that was grown in North Carolina:

The first couple took a turn around the carriage and tree as the United States Marine Band played Christmas songs. The Trumps stopped at points around the tree to take in the Fraser fir that will find a home in the White House Blue Room.