The president and the first lady traveled via motorcade to the Capitol, arriving at 8:22 p.m. after the former president was recognized in a ceremony with speeches from Congressional leaders and Vice President Mike Pence.

Once in the Capitol Rotunda, the president saluted the casket and stood side by side in silent tribute to the former president.

A White House official confirmed that the president offered former President George W. Bush and his family the use of the Blair House, across the street of the White House, during the funeral in Washington, DC.

“We thank you for sharing this special man with our nation and the world,” he said.

“He set the standard as a sound counselor and loyal adviser to an outsider who came to Washington, D.C. to shake things up, to cut taxes, rebuild the military,” Pence said. “And together, they did just that.” 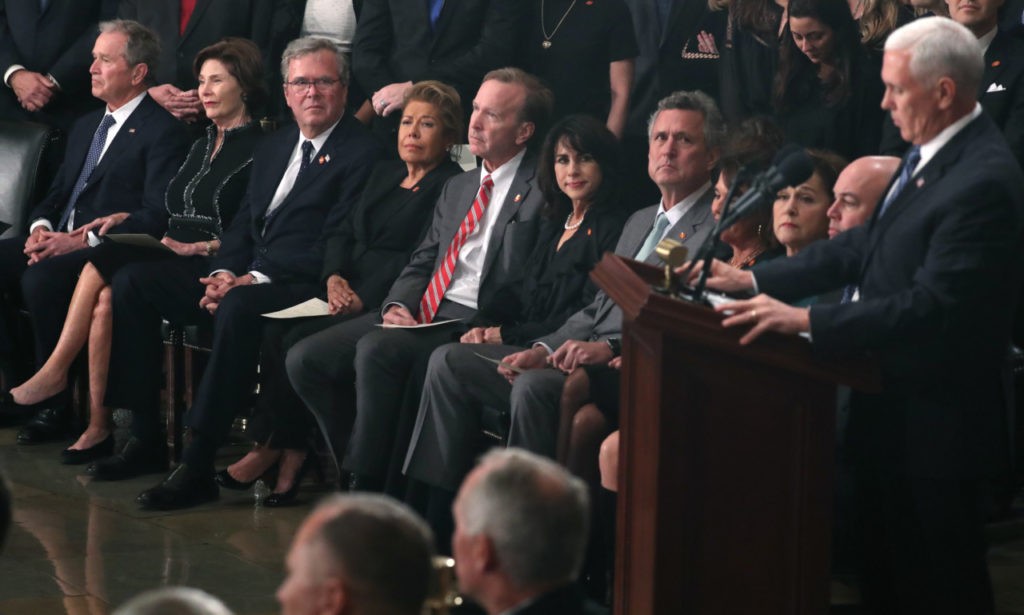 “Then, as always, I was struck by his approachability,” he said. “There was a kindness about the man that was evident to everyone who ever met him. All his years in public service were characterized by kindness, modesty, and patriotism.”

Pence also recalled that his son also received a letter from the elder Bush, after landing as a Marine aviator on the aircraft carrier bearing the former president’s name.

“President George Herbert Walker Bush loved his family and he served his country,” Pence said. “His example will always inspire and his lifetime of service will be enshrined in the hearts of the American people forever.”