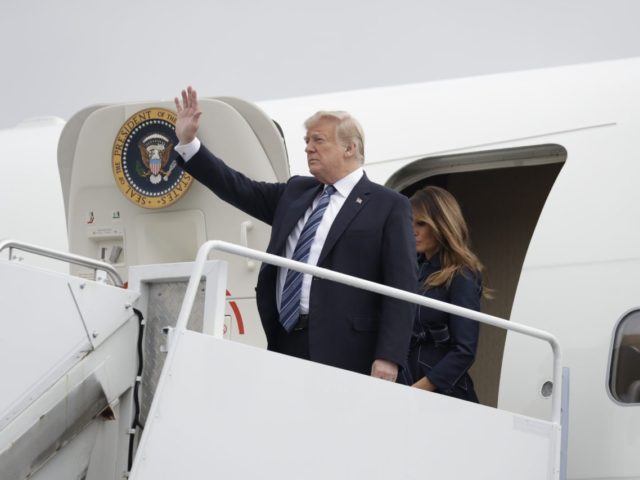 President Donald Trump and first lady Melania Trump will both travel to Pittsburgh, Pennsylvania on Tuesday after eleven Jewish Americans were killed at a synagogue.

Sanders again condemned the anti-Semitic shooting at the Tree of Life synagogue, calling the hatred that fueled the attack a “plague to humanity” and expressing solidarity with the police officers who were also shot and wounded.

She reminded reporters that President Trump “cherished” the Jewish-American community.

“He adores Jewish-Americans as part of his own family,” she said, recalling that Trump’s daughter Ivanka Trump was Jewish and that he son-in-law Jared Kushner was the descendant of Holocaust survivors.

Sanders said that Trump would travel to Pittsburgh to “express the support of the American people and grieve with the Pittsburgh community.”