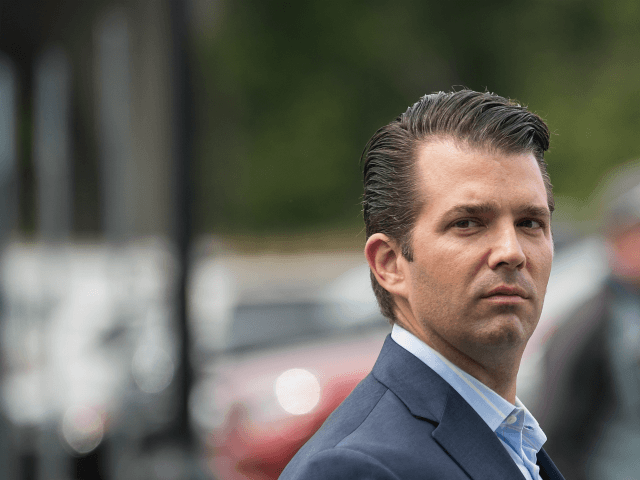 Monday on Fox News Channel’s “Tucker Carlson Tonight,” Donald Trump Jr. reacted to Rep. Adam Schiff (D-CA) saying Sunday there is  “significant evidence of collusion” between President Donald Trump’s 2016 campaign and Russia despite special counsel Robert Mueller not indicting anyone from the Trump campaign for crimes related to conspiring with Russia in the 2016 presidential election.

Trump said, “We handed over our e-mails. I did 27-something hours of testimony in front of congressional committees. Do you know what happened? You go to the meeting at the end of seven-hour testimony —’guys, do you have any more questions?’ Ask them. Go look at the records. ‘Do you have questions?’ ‘No, we have none.’ Guys like Dick Blumenthal go out on the steps of Congress thirty seconds later and say there are many questions that were not answered. It’s nonsense. It’s a game.”

He added, “You got the leader of the tinfoil hat brigade, Adam Schiff, talking about the evidence of collusion that he has seen. He’s flagrantly lying to the American people. He’s doing it every day on national television. He’s gotten more air time, amazingly enough, than Michael Avenatti, but they’re about of the same level of credibility and there’s no accountability for that, Tucker. When you’re on that side, you have the media carrying your water for you. You can say whatever you want. When you’re on our side, even when you’re right, even when you’re proven so, there’s a level of culpability. There are reproductions for being a conservative that you don’t face on the other side.”