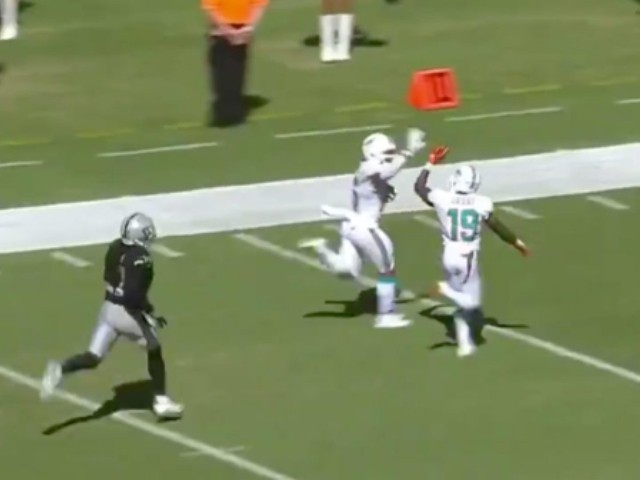 The Dolphins are 3-0 for the first time in a long time, and it feels so good. How good does it feel? It feels good enough that two Dolphins players could not wait to get to the end zone to start their touchdown celebration.

With just over two minutes remaining, Dolphins wide receivers Albert Wilson and Jakeem Grant high-fived each other well short of the goal-line:

A Raiders-Dolphins match up would have been must-see TV back in the 70’s. In 2018? Not so much. A stunt like Wilson and Grant pulled also would have led to a bench-clearing brawl had it occurred in the 70’s. In today’s kinder and gentler NFL? It’s just another day at the office.