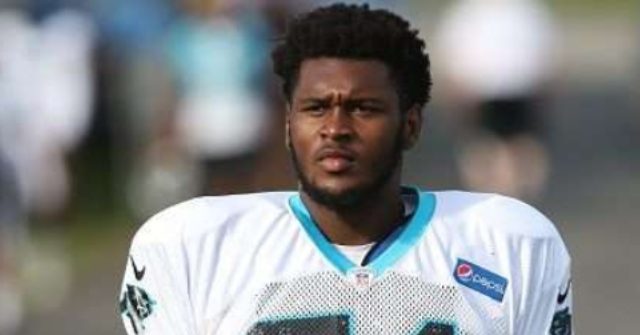 Miami Dolphins defensive lineman Kendrick Norton was involved in a serious car accident Thursday morning, which resulted in his left arm being amputated.

Norton is listed in serious condition at a Miami-are hospital, though his injuries are not believed to be life threatening.

According to the South Florida Sun Sentinel, “Norton was involved in a multiple-car accident that featured his vehicle rolling over.

“Norton’s left arm had to be amputated by paramedics at the scene for him to exit the vehicle.”

With sadness, I can confirm that Kendrick Norton was in a car accident last night and suffered multiple injuries, including the amputation of his arm. We ask that you continue to pray for him. His family also asks that the public respect Kendrick’s privacy.

We were made aware this morning of a serious car accident involving Kendrick Norton. Our thoughts and prayers are with Kendrick and his family during this time.

According to the Sun Sentinel:

The Florida Highway Patrol incident report states Norton’s black 2017 Ford F250 rolled over onto its roof after colliding with a concrete barrier for unknown reasons.

A grey 2015 Maserati was also involved in the crash. The vehicle had minor damage but the driver was not hurt.

The crash took place on the SR 836 Expressway west bound ramp leading to the SR 826 Expressway.

Both passengers injured in Norton’s truck were transported to the Trauma Center, but only Norton’s injuries are labeled as serious.

Norton is a Miami native who played his college football at the University of Miami. He was signed by the Dolphins in December after a stint on the Carolina Panthers practice squad.