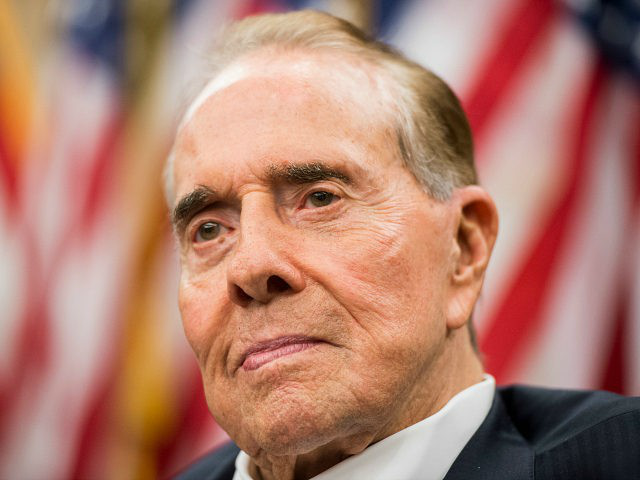 On Thursday’s broadcast of the Fox News Channel’s “Your World,” former Republican presidential candidate Bob Dole discussed his salute of former President George H.W. Bush’s casket and said the salute wasn’t something he thought of in advance, “it was almost automatic.”

Dole said, “Well, I came to the Rotunda just to say goodbye, to wheel up to his casket, maybe stand up. And so I did that with no thought of saluting, and they got me up — stood me up, and it was almost automatic. My left hand went up to my forehead without even me — it never was planned, I’ll put it that way.”