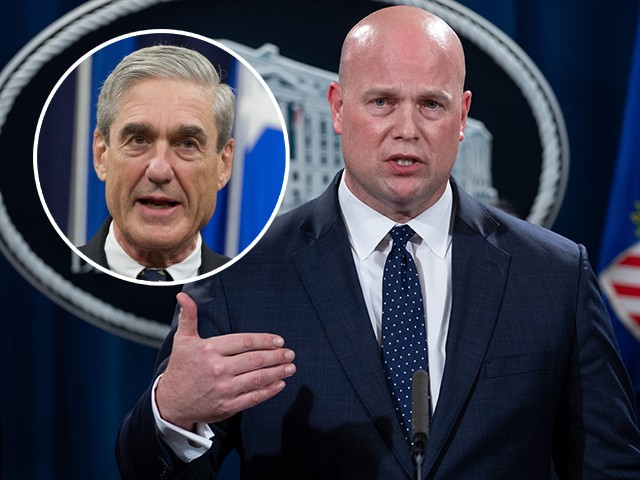 Acting Attorney General Matthew Whitaker said Monday that he believes special counsel Robert Mueller’s investigation into whether the Trump campaign and Russia colluded during the 2016 election is “close to being completed.”

“Right now the investigation is I think close to being completed,” the top Justice Department official in a press conference. “I hope we can get the report from Director Mueller as soon as possible.”

JUST IN: Acting AG Whitaker on the Russia investigation:

“The investigation is, I think, close to being completed, and I hope that we can get the report from [Special Counsel] Mueller as soon as we — as possible.” pic.twitter.com/U4pxkNOoEt

“I have been fully briefed on the investigation. I look forward to Director Mueller delivering the final report,” he continued. “I really am not going to talk about an open and ongoing investigation otherwise. But the statements I made were as a private citizen with only publicly available information.”

Whitaker then said that the probe’s findings would be reviewed by the appropriate agencies. “I am comfortable that the decisions that were made are going to reviewed either through the various means that we have,” said Whitaker.