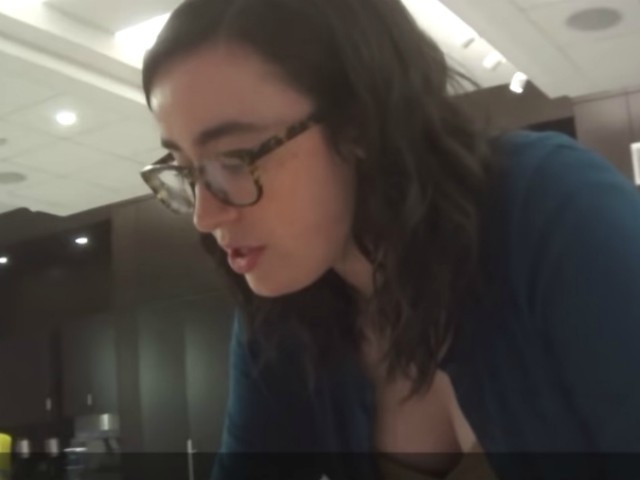 Allison Hrabar, the career paralegal caught on a Project Veritas video sting on the “Deep State” that was released last week, is no longer with the Department of Justice, a DOJ source confirmed to Breitbart News.

“Allison Hrabar, the Justice Department paralegal who was the subject of the James O’Keefe report, no longer works for the Department effective midnight last night,” a DOJ source told Breitbart News on Monday morning.

After the release of the video, there was a near-immediate push by top conservatives including Americans for Limited Government to get Attorney General Jeff Sessions to remove Hrabar from the Department of Justice.

The Department of Justice announced after the video came out that it was investigating Hrabar’s behavior:

DEVELOPING: Statement from DOJ on today’s vid: “These allegations are deeply concerning. Department policy prohibits misuse of government resources to advance personal interests. We are looking into this immediately and have referred this matter to the Inspector General as well.” pic.twitter.com/cb6x1g8tu6

Now, she is–per Department officials–no longer with the DOJ. The circumstances of how her employment was terminated, and exactly what happened internally at the Department since late last week, are unclear.

One particularly notable incident in which Hrabar was involved as a socialist activist was protesting Secretary of Homeland Security Kirstjen Nielsen back in the mid-summer when she was eating a restaurant. Hrabar was one of the leftist activists who chased Nielsen out of a Mexican restaurant, screaming at her.