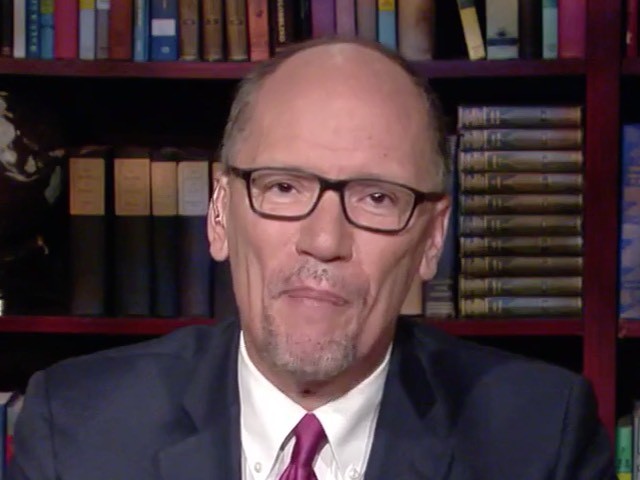 “[M]oving forward I think what we have to do is continue to be good listeners, continue to deliver on the promises that we made, lowering the cost of prescription drugs, fighting to make sure we protect people who have diabetes from losing their health care coverage, passing an infrastructure bill that actually puts people to work, that fixes roads and bridges, that helps us make a down payment on our commitment to combat climate change, that helps DREAMers,” Perez stated.

He continued, “In 2013 we passed a bipartisan immigration reform bill. That seems like a lifetime ago, but we’re going to keep trying, because I think our DREAMers are every bit as American as my three U.S.-born kids. I think it’s an economic imperative and a moral imperative to fight for them. So, that’s what we’re going to do, and I’m confident we can get things done under the leadership of soon to be Speaker Pelosi.”