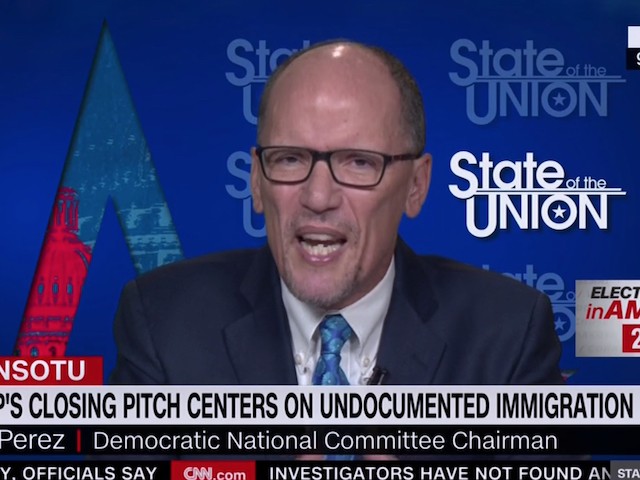 Sunday on CNN’s “State of the Union,” the Democratic National Committee chairman Tom Perez said the Republican Party’s closing argument in the midterm elections was “dog whistle politics,” which he maintained appealed “to racists.”

Perez said, “In 2013, Democrats and Republicans came together in the United States Senate around a bipartisan immigration reform bill that had tough enforcement measures and a tough, but fair pathway to citizenship. It didn’t become law, because the Tea Party Republicans in the House killed it. We have a plan, and that’s what we have been fighting for.”

“But the Republicans don’t want to go that way,” Perez continued. “And now what you see in the closing argument is dog whistle politics, appeals to racists, just, the worst of America. And you know what? I ran for this job, Jake because I believe that we’re at our best when we come together. I believe we’re at our best when someone doesn’t get ahead only if someone else fails. That’s the zero-sum politics of Donald Trump.”