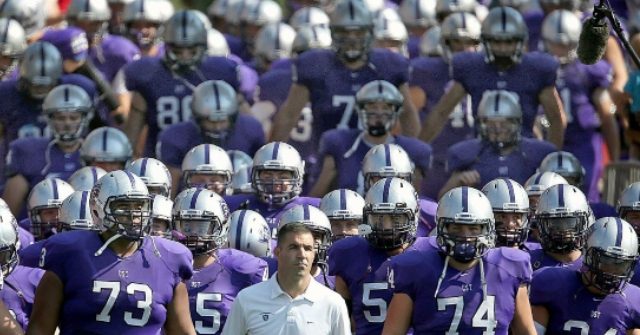 The University of St. Thomas has been removed from the Minnesota Intercollegiate Athletic Conference (MIAC) because it has won too many games.

Coach Glenn Caruso has led St. Thomas to six MIAC football titles since 2010 and also reached the finals in 2012 and 2015. That is just too much winning, according to conference officials. The school was dumped from the conference on Wednesday for having too many “competitive advantages,” ESPN reported.

The university reported that the conference was so adamant that the school be removed from the competition that it said it would disband the whole league if St. Thomas sought to remain.

University President Julie H. Sullivan noted that league officials “came to a consensus that the conference itself would cease to exist in its current form if St. Thomas remained.”

Sullivan added that the decision is “extremely disappointing.”

“After extensive membership discussions, the University of St. Thomas will be involuntarily removed from membership in the Minnesota Intercollegiate Athletic Conference,” MIAC explained in a statement. “The MIAC Presidents’ Council cites athletic competitive parity in the conference as a primary concern. St. Thomas will begin a multi-year transition immediately and meanwhile is eligible to compete as a full member of the MIAC through the end of spring 2021.”

It was a long road to success for St. Thomas. Prior to signing coach Caruso in 2008, the school had not won a title since 1990. Instead, St. John’s University was the league’s powerhouse. Under coach John Gagliardi the school won 489 games, 27 MIAC titles, and two Division III national titles (1976 and 2003).