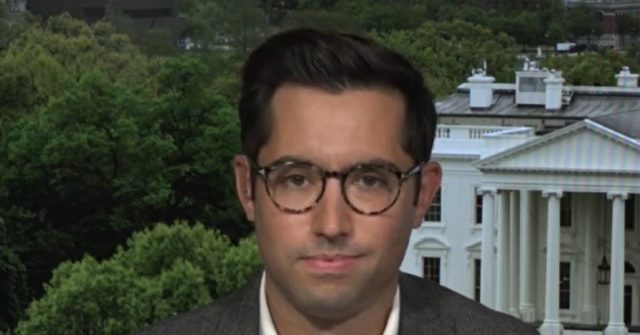 A former fired press aide for President Joe Biden is finding new work from Democrats as an assistant for a candidate in the Supreme Court nomination process.

TJ Ducklo, an aide who was fired last year for threatening a woman reporter on the White House beat, is helping Circuit Judge Ketanji Brown Jackson navigate the media landscape, according to a report by Politico, but he is not officially back working for the president.

Ducklo threatened Politico’s Tara Palmeri in a conversation, telling the reporter, “I will destroy you,” when she called to discuss a story.

The White House tried to put Ducklo on suspension for a week as punishment after details of the story went public, but they soon folded and forced him to resign after an escalating media firestorm.

Reporters recalled Biden’s comments to his staff after becoming president, demanding that they treat people with respect.

“If you ever work with me and I hear you treat another colleague with disrespect, talk down to someone, I will fire you on the spot,” he said after taking office. “No ifs, ands or buts.”

“No words can express my regret, my embarrassment, and my disgust for my behavior,” Ducklo wrote on social media in February, apologizing for his conduct. “I used language that no woman should ever have to hear from anyone, especially in a situation where she was just trying to do her job.”

He reportedly found a job in June at a public relations firm at Risa Heller Communications, founded by a former communications director for Senate Majority Leader Chuck Schumer (D-NY).