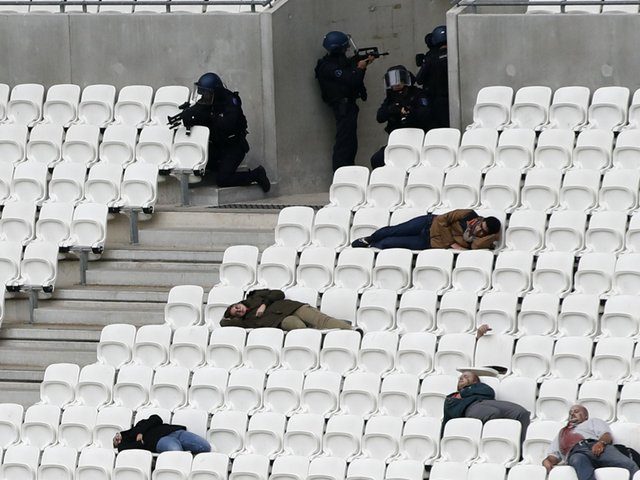 Washington, DC — The FBI is investigating an estimated 5,000 terrorism cases across the world, including 1,000 in the United States involving homegrown violent extremists (HVEs) deemed the “greatest terrorism threat” facing the American homeland, the agency’s director told lawmakers on Wednesday.

FBI Director Christopher Wray made the startling revelation during a Senate Homeland Security and Government Affairs committee hearing on threats against the homeland, telling lawmakers, “Right now, as I sit here, we’re currently investigating about 5,000 terrorism cases across America and around the world. And about 1,000 of those cases are homegrown violent extremists, and they are in all 50 states.”

“In the last year or so, we’ve made hundreds of arrests of terrorism subjects,” he added.

While testifying alongside the FBI chief, Russell Travers, the acting director of the National Counterterrorism Center (NCTC), a component of the Office of the Director of National Intelligence (ODNI), added that the United States has experienced “at least three attacks” at the hands of homegrown violent extremists (HVEs) linked to jihadi groups, compared to five in 2017.

Wray and Travers determined that HVEs remain the most prominent threat against the United States.

“As we have assessed in recent years, U.S.-based homegrown violent extremists (HVEs) remain the most persistent Islamist terrorist threat from al-Qa’ida and ISIS-affiliated supporters to the United States,” Travers testified.

In his written testimony, Wray reiterated:

The FBI assesses HVEs are the greatest terrorism threat to the Homeland. These individuals are global jihad-inspired individuals who are in the U.S., have been radicalized primarily in the U.S., and are not receiving individualized direction from FTOs [foreign terrorist organizations]. We, along with our law enforcement partners, face significant challenges in identifying and disrupting HVEs.

We now face homegrown violent extremists, or HVEs, who self-radicalize at home and are prone to attack with very little warning. This HVE threat has created a whole new set of challenges with a much greater number, much greater volume of potential threats, and each one of them with far fewer dots to connect and much less time to prevent or disrupt an attack.These folks are largely radicalized online, and they’re inspired by the global jihadist movement.

Despite the significant losses of territory and manpower the Islamic State (ISIS/ISIL) has suffered in Iraq and Syria in recent months, it remains a “relentless and ruthless” menace, Wray declared.

He added that the United States also remains concerned about al-Qaeda more than 17 years after the 9/11 attacks.

“We remain concerned that groups such as the Islamic State of Iraq and ash-Sham (ISIS) and al-Qa’ida (AQ) have the intent to carry out large-scale attacks in the U.S.,” Wray stressed.

While testifying alongside the FBI chief, Russell Travers, the acting director of the National Counterterrorism Center (NCTC), a component of the Office of the Director of National Intelligence (ODNI), noted that ISIS’ maintains a “robust” global presence beyond Iraq and Syria.

“Although ISIS’s safe haven in Iraq and Syria has largely collapsed, its global enterprise of almost two dozen branches and networks, each numbering in the hundreds to thousands of members, remains robust,” Travers noted in his written testimony.

Specifically, the NCTC chief mentioned that ISIS continues to operate branches in Afghanistan, Libya, the Sinai, West Africa, and Yemen where it is mobilizing fighters and to execute attacks “against local governments and group rivals, fomenting and leveraging instability in these already beleaguered areas.”

“Other, less formal ISIS-aligned networks, including elements in Africa, Southeast Asia, and the Philippines, continue to conduct attacks that showcase the group’s reach,” he added.

The Institute for the Study of War (ISW) recently warned that ISIS is recovering and regrouping in Iraq and Syria.

ISIS “is reconstituting a capable insurgent force in Iraq and Syria despite efforts to prevent its recovery by the U.S. Anti-ISIS Coalition,” ISW reported.