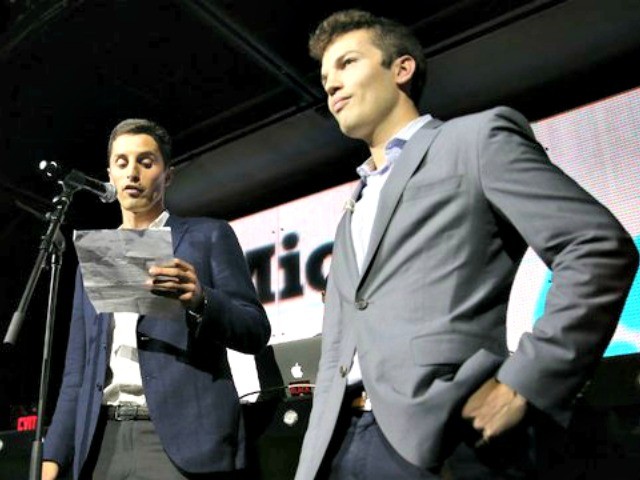 The left wing digital news outlet Mic is laying off a majority of its staff and looking to sell its remaining assets, reports Recode.

Mic launched in 2011 with $60 million and an eye on attracting Millennial readers. Located on two floors of Manhattan’s World Trade Center, Mic centered its content on progressive and social justice issues. On Thursday, for example, Mic headlines include:

Among others, Mic also has verticals devoted to “Navigating Trump’s America” and “The Movement,” which features stories “from the front lines of social justice.” There is also “Slay,” a site devoted to “News., views, and ammunition for strong women.”

According to Recode, Mic’s hard times accelerated after Facebook backed out of “a deal with Mic to publish a news video series.” The series, Facebook Watch, launched in July, and Mic was counting on millions of dollars in revenue from it.

AdWeek describes Mic’s “financial situation” as “dire” and says the cancelled Facebook deal put Mic in a position where it was “suddenly-strapped-for-cash” and entered into “sales talks, according to sources familiar with the matter who speculated that Bustle Digital Group (BDG) or its founder, Bryan Goldberg, might end up buying it.”

If a sale occurs, AdWeek says Mic will be “sold off for parts” in a “media flash sale.”

Not all of Mic’s problems, however, center on Facebook. Traffic has tanked from 18 million unique visitors in October of 2015, to 5.5 million this October, AdWeek reports.